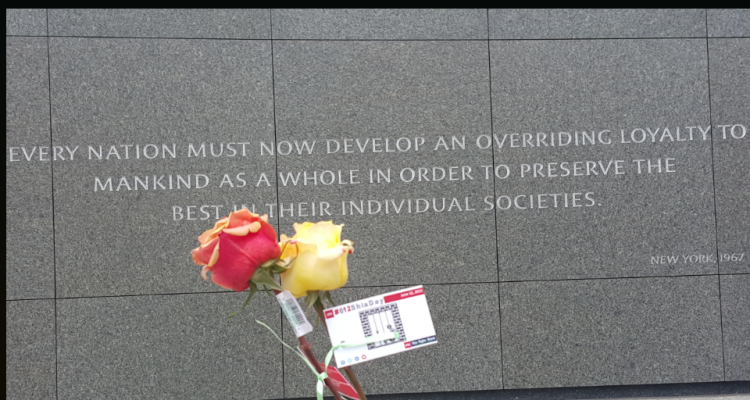 On June 12, 2014 ISIS militants transported hundreds of Iraqi plain clothed air force cadets to Camp Speicher under the promise of returning the cadets to their families. What ultimately ensued was one of the deadliest Shia massacre in Iraqi history. With 1,566 Shia casualties and only one known survivor, June 12th lives in infamy. However, Shia Rights Watch aims to transform the negative stigma associated with the day into a day of remembrance and change. On June 12th, 2015 Shia Rights Watch has established International Day of Shia Rights to bring current human rights violations into the international spotlight.

The theme of this year’s International Day of Shia Rights focuses on the illegal incarceration of 550 Bahraini minors. On December 28, 2014 Bahraini opposition leader, Sheikh Ali Salmon, was arbitrarily arrested under charges of supporting a regime change. This led to several days of peaceful riots in which Shia protestors were met with tear gas and rubber bullets from the non-Shia backed government. The Bahraini government sought to strip the youths of their voice, but in defiance, they still managed to accept the consequences and speak up to their oppressors.

Despite the ratification of both the Universal Declaration of Human Rights (UDHR) and the International Covenant on Civil and Political Rights (ICCPR), Bahrain has grossly disregarded the regulations associated with signing these documents. The detainment of Salmon and the 550 Shia minors directly violate Article 9 of the ICCPR:

“Everyone has the right to liberty and security of person. No one shall be subjected to arbitrary arrest or detention. No one shall be deprived of his liberty except on such grounds and in accordance with such procedure as are established by law”.

The international community must come together and hold Bahraini authorities accountable for their transgressions. With civilian riots as recent as May 29th, the political instability demands immediate intervention. This call to action and the demand of freedom for the Bahraini minors is what International Day of Shia Rights seeks to promote. With terrorist organizations like ISIS directly calling for war against Shiites in the Arabian Peninsula, awareness and interference has never been needed more.

In an effort to combat Bahrain’s illegal detainment, Shia Rights Watch strongly encourages the public to participate in International Day of Shia Rights. This can be done a number of ways, such as participating in their international awareness campaign, on June 10th 1:00-2:00 pm at Farragut Square and on June 11th 4:15-5:30 pm at Dupont Circle. SRW’s project entails the distribution of free roses with messages that draw attention to the cause. We ask that you join social media campaigns through Twitter, Facebook, and Instagram using the hashtag #612ShiaDay. Shia Rights Watch also encourages you to write to you congressional representative in support of H.Res 105 and S.Res 69. For more information on these resolutions, the human rights violations occurring around the world, or on how to get involved, visit SRW’s website at shiarightswatch.org.