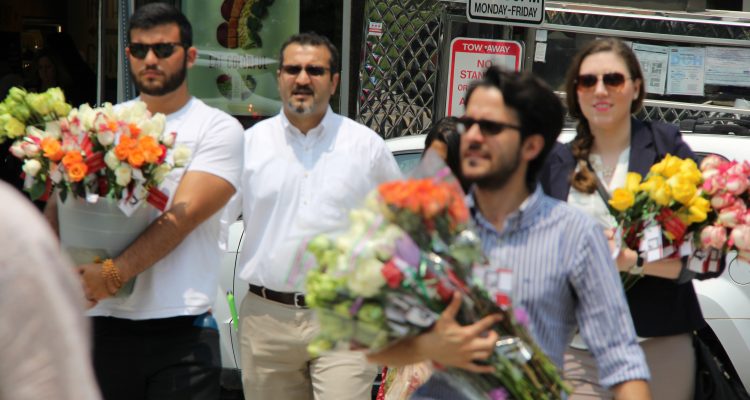 WASHINGTON, June 10, 2015 — The first International Day of Shia Rights, June 12, is an effort to bring attention to the daily human rights violations against Shia Muslims.

Shia Rights Watch established the International Day of Shia Rights one year after 1,700 Shia soldiers were killed at Camp Speicher outside of Mosul, Iraq. This was the deadliest single event of anti-Shiism in 2014.

The campaign notes that abuses against Shia are daily occurrences around the world. By bringing attention to the situation, Shia Rights hopes to improve the chance of gaining justice.

As an example of the problem, Shia Rights notes that currently more than 550 Bahraini Shia minors are in prison cells instead of in classrooms. Their absence from study groups, lunch tables and classroom discussions is emblematic of the suffering inflicted upon the Shia community in Bahrain. Children whose academic and professional futures were once boundless are now burdened by months of unlawful detainment.

These children were arrested for participating in periodic demonstrations. Crackdowns by Bahraini security forces over the past couple of years have sent thousands of Bahraini children into police custody.

In Pakistan, Shia are targeted for assassination. The government does little to stop this process or to bring perpetrators to justice.

Over the last few weeks, Shia mosques in Saudi Arabia have been bombed. While ISIS has claimed responsibility for the attacks, the Saudi government bears responsibility for the anti-Shia climate in the country.
The two main ways you can get involved in this campaign are through social media and by contacting your public officials. On social media, use the hashtag #612ShiaDay to increase the visibility of this day. Call your senators and representatives and urge them to co-sponsor H. Res. 105 and S. Res. 69. These two pieces of legislation call for the protection of religious minorities, including Shia Muslims.

By simultaneously informing our peers and our congressional representatives of these atrocities, we work to create a culture of respect for basic human rights at all levels of American society.

This campaign will not be easy, but Shia Rights Watch is working towards chipping away at the strong forces resisting positive change around the world. I am lending my voice to the pursuit of peace and justice and hope you join me in doing so.